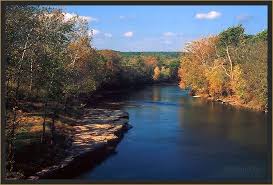 The Oklahoma Water Resources Board will hold a public hearing this week on proposed phosphorus criterion covering rivers and creeks of northeast Oklahoma, a move seen as protecting the rivers from growing phosphorus pollution caused by chicken waste.

The planned changes will apply to the Scenic River reaches of the Illinois River, Flint Creek and Barren Fork Creek. If approved by the board, the proposal would amend parts of the Oklahoma Water Quality Standards law.

With the massive growth of chicken farms in northeast Oklahoma, the phosphorus pollution has also increased in the streams and rivers and has become a focus of not just state officials but others in the region. 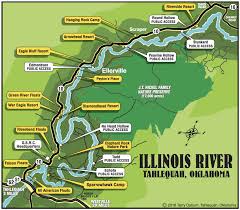 Since 2001 when the state legislature initiated serious plans to protect the tourism and water quality of the rivers and streams, science leaders pointed out the phosphorus caused increased algae problems and degraded waterbody conditions. There was a reduction in dissolved oxygen, something that would affect the fish and other species in the water. There was also an increase in the number of harmful algal blooms in the water.

At a November 2020 meeting of the Illinois River Watershed Steering Committee, Water Resources Board officials said the .037 mg/L standard for total phosphorus adopted by the state 17 years ago would not be changed.  The standard covers a six-month period or testing of the water and what the state proposes is that the total phosphorus six-month rolling average  “shall not be exceeded more than once in a one-year period and not more than three times in a five-year period.”

The Tahlequah Daily Press quoted a spokeswoman for the OWRB as indicating progress has been made toward a 40% reduction goal of phosphorus in the rivers and streams.

The OWRB is proposing a new “critical condition” requirement for water quality monitoring and assessment. The new requirement would establish a baseflow threshold that will limit the total phosphorus data that can be used for assessment of the aesthetics beneficial use in the Scenic River reaches of the river and two creeks.

The public hearing will be held Thursday, Jan. 7 at 2 p.m. and the public comment period will end on Jan. 15. The board has scheduled a possible vote on the proposed rule on Feb. 16 followed by legislative and gubernatorial review in the spring.

If approved, the rules would become law in September 2021. At that time, they would also be submitted to the Environmental Protection Agency for review and approval.