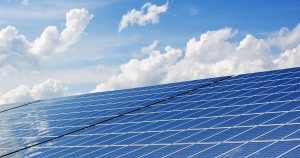 While Oklahoma’s solar industry has yet to see much momentum, other states are seeing fast growth.

Such as Illinois, Indiana and Ohio where solar industry activity abounds and cities and counties are taking advantage of the growth.

Here are a few stories reported today about the state’s solar activities.

The Energy News Network reported that Illinois solar developers and advocates are united in pushing for a short-term “funding bridge” for the state’s depleted solar incentives during a brief lame duck session.

The Inside Indiana Business reported a planned 300 megawatt solar project in southwestern Indiana has secured leases from more than 65 nearby landowners. It reported the developer also hired a community representative to work with local residents and officials.

In southern Ohio, local officials are considering a developer’s plans for a 47.5 megawatt solar project that is planned to come online next year, according to the Times-Gazette.

The Journal-Standard reported that construction is finished on a 2.3 megawatt community solar project.

Solar Power World carried a story that a 1.3 megawatt onsite solar project could save an Illinois college $1.6 million in electricity costs over the next 25 years.