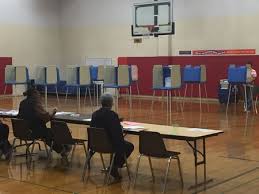 It didn’t take long to count Tuesday’s vote by residents of Shawnee, Oklahoma as they approved the renewal of a 25-year franchise agreement with Oklahoma Natural Gas.

Only 186 people bothered to vote and 156 or 83.78% supported the renewal while 30 voters or 16.13% were against it. Typically, the utility renewal contracts that must be approved by municipalities don’t attract much attention. And Tuesday’s vote in Shawnee was typical of the turnout.

“Underwhelming turnout” is how the Shawnee News-Star described it.

The election was called after ONG’s earlier agreement ended in October 2020.