Rig counts increase in Oklahoma and the nation 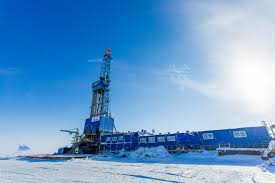 As the COVID-19 pandemic approaches its eleventh month, using March as the year anniversary since the coronavirus forced the cancellation of an Oklahoma City Thunder basketball game and made Oklahomans understand the seriousness of the virus, the state’s oil and gas industry is showing signs of very slight improvement.

Rig counts released by Baker Hughes Co. show Oklahoma now has 18 active rigs in play, an increase of one in the past week, but still far below the 52 reported a year ago.

Nationally, the count increased by 9 to 360 including 8 more oil drilling rigs and on more gas rig. As of this past week, the number of oil drilling rigs in the field was 275 and the gas rig count stood at 84.

Texas still has the highest rig activity but was unchanged in the past week at 161 rigs, down from the 396 a year ago. New Mexico added four to reach 69.

Colorado was unchanged at 6 rigs and Louisiana stayed at 43. Kansas, according to the Redtop Rig Report published by the Independent Oil and Gas Service in Wichita, suffered a loss of six and fell to 13 active rigs.

North Dakota was unchanged at 11 rigs and Ohio’s count dropped by one to four rigs. Pennsylvania managed to see two more rigs in the field creating a total of 21.

West Virginia’s count grew by one to 9 and Wyoming was unchanged at four.

Oklahoma’s oil plays showed no activity in the Ardmore and Arkoma Woodfords, nor in the Mississippi play meaning, rigs remain in storage. 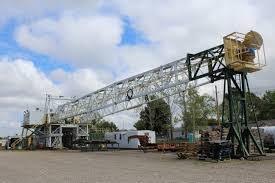 The Granite Wash in Oklahoma and the Texas Panhandle had only one rig until last week when it was lost.

The Permian added four rigs to reach 179, way below the 397 drilling there a year ago. The DJ Basin in Colorado was unchanged at 5 rigs while the Eagle Ford of South Texas stayed at 26.

The Haynesville remained at 43 while the Marcellus added four and increased to 30. The Williston was unchanged at 11 rigs while the Utica lost two to reach four rigs.