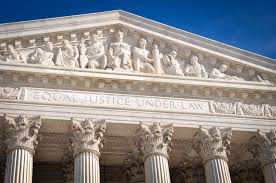 The EPA biofuel waivers fight waged by Oklahoma’s Wynnewood Refining Co. wasn’t the only oil and gas case that the U.S. Supreme Court said on Friday it would hear.

It also agreed to hear a case involving public nuisance lawsuits against oil and gas companies, according to POLITICO.

Here’s how POLITICO reported the story: “On its last full day in office, the Trump administration will stand beside oil companies at the Supreme Court to argue that climate change lawsuits brought by states and localities against fossil fuel companies belong in federal — not state — courts. The justices on Friday granted the Justice Department’s request to support the oil companies during Jan. 19 oral arguments in BP v. Baltimore. The case could determine whether more than a dozen public nuisance suits brought under state laws will survive, especially since the oil companies in November urged the justices to go a step beyond the otherwise dry legal conundrum at the heart of the case and effectively kill the lawsuits immediately rather than let lower courts consider them.

Worth noting: Justice Samuel Alito continues to recuse himself from this case, likely because he holds stock in ConocoPhillips and Phillips 66, two of the companies involved, per his most recent financial disclosure.”