SandRidge Mississippian Trust I to be dissolved by 3Q of 2021 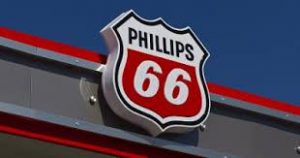 Phillips 66 reported a slight improvement in cutting losses as its fourth quarter losses totaled $539 million, down from the $799 million reported lost in the third quarter of 2020.

The company said excluding special items of $32 million, it had an adjusted loss of $507 million. In the third quarter, its adjusted loss was $1 million.

Phillips 66 generated $639 million in cash from operations during the fourth quarter, including $400 million of cash distributions from equity affiliates. Excluding working capital impacts, operating cash flow was $236 million. The company issued $1.75 billion of senior notes and repaid $500 million of its term loan in the quarter.

During the quarter, Phillips 66 funded $506 million of capital expenditures and investments and $393 million in dividends.

Financial wise, the company had $7.8 billion in liquidity by the end of December with $2.5 billion in cash and cash equivalents and $5.3 billion of total committed capacity under its revolving credit facilities.

“Looking ahead, we are optimistic about the impact of the COVID-19 vaccines on the economic recovery, as well as opportunities for value creation across our portfolio, including investments in a lower-carbon future,” added Garland.