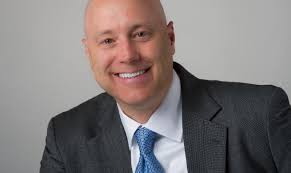 One Oklahoma oil and gas leader, in an “I told you so” response predicted the actions taken by President Biden against the oil and gas industry won’t be the last.

“This is just the start. It will get worse,” he said in a statement on Thursday after the President eliminated approval of the Keystone XL pipeline permit, a move that will put about 11,000 people out of work and Thursday’s freezing of oil and gas leases on federal lands.

“Just as we repeatedly warned, the new Administration launched a foolish campaign to put the men and women of the oil and natural gas industry out of work on day one,” said Simmons.

He said the actions against the Keystone XL pipeline and the suspension of drilling permits on federal lands were taken ” to the detriment of national security, taxpayers, schools and local communities.”

“Meanwhile, the laws of physics, chemistry and supply and demand remain in effect. Oil and natural gas prices are going up, and, therefore, so will home heating bills, consumer prices and fuel costs. States that depend heavily on federal mineral revenue will bear the immediate pain.”

He urged Oklahoma policymakers to move quickly to fight off what he called the “expensive regulatory red tape and financial burdens about to be dumped on the petroleum industry.”

Simmons said the state should take those steps so it can compete to bring jobs and investment home.