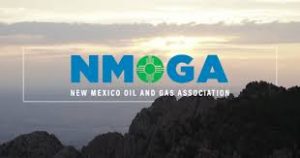 A new report called Fueling New Mexico provided by the New Mexico Oil and Gas Association pointed out that the industry provided close to $3 billion in revenue to the state last year.

Ryan Flynn, President and CEO of the association released the report this week.

“Thanks to the industry’s resiliency in the face of the global pandemic, New Mexico received the second-largest amount of revenue from oil and gas in our state’s history. This accounts for more than one-third of the state budget,” he said.

Flynn added that with the start of the New Mexico legislative session on January 19th, it is important for the lawmakers to be aware of the industry’s contributions.

“Oil and gas funds our schools, roads, healthcare, and first responders, while supporting tens of thousands of jobs in the state. We know that when the oil and natural gas industry is allowed to thrive, the benefits are felt in every corner of our state,” added Flynn.