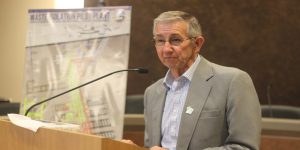 “How does this bring us together?” asked a New Mexico leader after President Biden put a 60-day freeze on new oil and natural gas leases and drilling permits on federal land in the state.

Carlsbad Mayor Carl Janway made the statement joining a chorus of others in New Mexico who worry the temporary freeze will lead to a more permanent decision, one that they say could create economic devastation for their state.

His city is right in the heart of the Permian Basin portion that sits in southeast New Mexico and he knows first hand what the oil and gas production means for his city and for the state.

They responded after Biden’s decision of the past few days and some spoke with the Associated Press.

Click here for the story from the Associated Press.