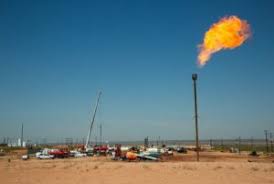 New Mexico has started public hearings on proposed tougher rules targeting venting and flaring of gas by the state’s oil and gas operators.

The first of several days of virtual hearings was held Monday as the state’s Democratic Gov. Michelle Lujan Grisham followed through on a promise to adopt some of the toughest rules in the U.S. to put a bulls eye on methane and other emissions.

The rules, proposed last year, would force operators to reduce waste by certain amounts every year with the ultimate goal of a gas capture rate of 98% by December 2026.

Click here to read what environmentalists and others charged during the first day of the hearing, as reported by KRQE Radio.