Oklahoma legislators to be kept busy with energy bills 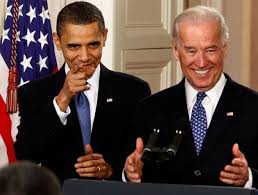 Little wonder that Biden-administration critics contend it’s nothing but a remake of the Obama administration prompting some to call it the O’Biden administration. Even when it comes to energy and the environment.

Check the list of new leaders of the Environmental Protection Agency under the Biden administration.

POLITICO reported that Dan Utech, a former Obama climate adviser will be the chief of staff for the EPA.

Vicki Arroyo returned to the EPA as associate administrator for policy.

Joe Goffman will become the principal deputy assistant administrator for the agency’s air office. He had a major role in the creation of the Clean Power Plan and was considered a top adviser when President Obama was in the White House. Goffman is leaving the Environmental and Energy Law Program at Harvard Law School.

Others joining the EPA staff were staunch opponents of the Trump administration. One of them, Melissa Hoffer who will be the principal deputy general counsel took part in lawsuits by the Massachusetta attorney general in targeting Trump-era regulations.

Michal Freedhoff was the Democratic oversight director for the Senate Environment and Public Works Committee. He will join the EPA as a principal deputy assistant administrator ford the agency’s chemical and pesticide office.