Ohio joins Oklahoma and others in targeting environmental trespassers 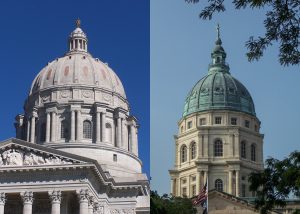 Hearings on efforts in the two states are expected to be held soon.

As the law stated:  No city, town or county shall adopt real estate development building or construction ordinances, rules or codes restricting or prohibiting connections to the facilities of utility providers lawfully operating in this state, nor may any city, town or county discriminate in the adoption of such rules or codes against one or more utility providers based in whole or in part upon the nature or source of the utility service provided.