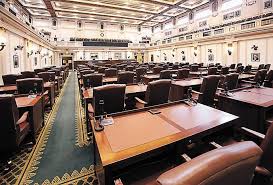 Leadership of the Oklahoma House of Representatives and its various committee won approval during an organizational meeting this week for the start of the 58th Oklahoma Legislature.

House Speaker Charles McCall, R-Atoka, was formally elected Tuesday by the full House to his third two-year term as speaker, making him the longest-serving Republican speaker in state history.

McCall appointed legislators to majority leadership positions including those related to energy and transportation.

Rep. Brad Boles of Marlow was named chairman of the House Energy and Natural Resources committee. Rep. Anthony Moore of Clinton was named the vice chairman.

Guthrie Rep. Garry Mize will chair the House Utilities Committee and Rep. Mike Dobrinski of Okeene will serve as the vice chairman. 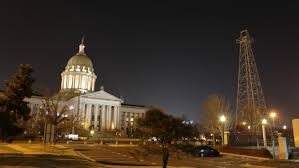 While Rep. Kevin Wallace of Wellston and Rep. Kyle Hilbert of Bristow will serve as chairman and vice chairman respectively of the House Appropriations and Budget committee, others will lead its subcommittees.

The subcommittee on National Resources and Regulatory Services will be chaired by Rep. Carl Newton of Cherokee. The vice chairman will be Rep. John Pfeiffer of Orlando.

Rep. Todd Russ of Cordell was named as chairman of the Transportation subcommittee. His vice chairman will be Rep. Nicole Miller of Edmond.

The organizational meeting of the House was held this week but the first official day of the legislative session won’t be until Monday, Feb. 1.