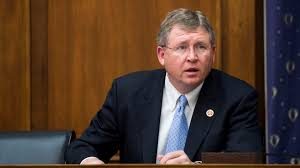 Oklahoma congressman Frank Lucas joined House Republican leaders in sending a letter to President Biden calling on him to revoke the 60-day freeze he announced on new mining, oil and gas leasing and permitting on federal lands.

“Oil and gas play an important role in our nation’s energy independence, and the Biden Administration’s deeply misguided moratorium on oil and gas leasing, drilling permits, and lease extension would have severe economic impacts across the country,” said Rep. Lucas in explaining why he joined others in the letter.

He contended the moratorium will only stifled the nation’s economic recovery and create more dependence on foreign oil.

In the letter, the Republican leaders took note that the President spoke of unifying a fractured country.

“Unfortunately, your actions have completely contradicted your words. Worse, in the middle of an economic crisis, your Administration is prioritizing virtue signaling and pink slips over paychecks,” they stated in the letter.

The GOP House members said it appears the moratorium might be a step toward a total ban of energy exploration on federal lands, a move they said would mean the loss of nearly a million American jobs, a decrease of US Gross Domestic Product by $700 billion, and a net increase of crude imports by 2 million barrels a day.

The full letter can be read here.