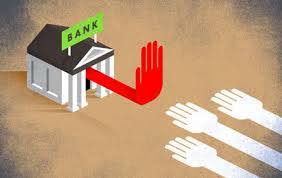 Big banks are up in arms over a move by the Office of the Comptroller of the Currency to adopt new standards to prevent those banks from banning investments in oil and gas.

Banks had threatened to not make investments or loans to fossil fuel companies because they contended oil and gas is harming the world’s climate.

On Thursday, the Office of the Comptroller skidded such actions to a halt and targeted some of the major financial institutions such as Morgan Stanley, Goldman Sachs Group Inc., Citigroup Inc., JPMorgan Chase & Co., Wells Fargo & Co. and Bank of America.

Those financial institutions, under pressure from environmental groups had promised they would not fund any drilling in the Arctic National Wildlife Refuge. Now the new rule will require those banks to provide “fair access” to financial services to companies regardless of the industry, reported E & E News.

“When a large bank decides to cut off access to charities or even embassies serving dangerous parts of the world or companies conducting legal businesses in the United States that support local jobs and the national economy, they need to show their work and the legitimate business reasons for doing so,” acting Comptroller of the Currency Brian Brooks said in a statement.