EPA mum about who’ll get biofuel mandate waivers this year 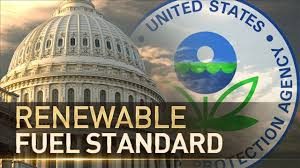 In light of the move by the U.S. Supreme Court to hear the biofuel blending challenges by the Wynnewood Refinery Co. in Oklahoma, the Environmental Protection Agency is expected to soon announce exemptions to other refiners from the requirements.

POLITICO reported this week that the Energy Department undertook a reevaluation of the 32 petitions from the 2019 mandate, a reconsideration caused by the reduced fuel demand last year caused by the COVID-19 pandemic.

The EPA has not offered public comments whether it will grant any of the requests that were the source of legal contention leading to last year’s 10th U.S. Circuit Court of Appeals ruling against the Wynnewood Refining Co. and two others.

The Wynnewood Refining Co., owned by billionaire investor activist Carl Icahn won’t be getting any of the waivers this year, if they are granted. Others in Kansas, New Mexico, Colorado, Wyoming and Utah are reported to be in the same category because the Denver federal appeals court said a refiner had to have received the waivers every year since 2011 when the program was started. If the refineries didn’t get one on a continuous basis, the court said they were not eligible for a new waiver.

But the appeals court ruling was challenged by Icahn’s Wynnewood refinery and now it will be up to the U.S. Supreme Court whether the circuit court will be upheld.