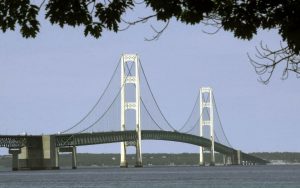 The stage is set for a growing fight between Enbridge and the state of Michigan as the Canadian company on Tuesday announced it would defy Gov. Gretchen Whitmer’s demand to close Line 5 in the Straits of Mackinac.

The company says Whitmer’s demand is not only based on political posturing but bad information. Whitmer gave the company until May 12 to turn off the flow of oil, according to the Associated Press.