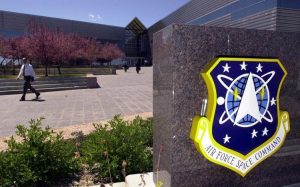 Two Democratic members of Congress don’t like the Pentagon’s choice to locate the U.S. Space Command in Alabama.

They want the Pentagon to investigate how the decision was made to move the command from Colorado Springs to Huntsville, Alabama.

Reps. John Garamendi, D-Calif., and James Cooper, D-Tenn., said the decision pulling the command to Huntsville, Ala., “appears to be untethered from national security and military judgment.”

Colorado Politics reported the two believe President Trump might have influenced the decision through political pressure.

Oklahoma City considered a bid for the space command because of the Tinker Air Force Base and its Logistics Maintenance Center. But it never made it past the initial stages of the competition.