ONEOK’s 4Q earnings report to be released in February 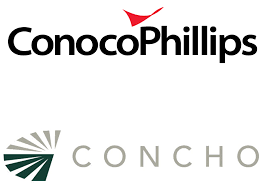 The more than $13 billion acquisition of Concho Resources by ConocoPhillips was completed in recent days.

The acquisition adds 550,000 net acres in the Permian along with 200,000 bbl/d oil output and 719 MMcf/d gas production to Conoco’s holdings. It also increases the firm’s Permian output by six-fold.

“This acquisition results in the combination of two premier companies that can lead the structural change for our vital industry that’s critical to investors,” said Ryan Lance, ConocoPhillips chairman and chief executive officer.

As a result of the deal, Tim Leach, the President and CEO of Concho since it was formed in 2004 was added to the ConocoPhillips board of directors and its executive leadership team.

ConocoPhillips and Concho will each file the vote results for their respective special shareholder meetings on a Form 8-K with the U.S. Securities and Exchange Commission.