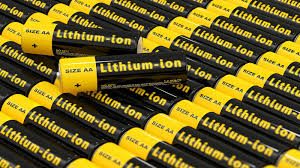 The buyer is enCore Energy Corp. of Canada. As part of the deal, WestWater picked up $1.8 million in enCore shares and two royalties from future production at the New Mexico uranium properties.

enCore also assumed the asset retirement obligation on all remaining uranium reclamation activities associated with the assets in the amount of approximately $6.0 million. Performance bonds for the Texas uranium properties were transferred to enCore as WestWater eliminates its uranium operations in the U.S. but still retains interests n the Republic of Turkey.

WestWater President and CEO Christopher Jones said the sale of the New Mexico and Texas assets will allow the company to devote full focus and attention on advancing its battery-grade graphite product business.

WestWater has a graphite operation in Alabama where it hopes to take advantage of electric transportation systems and grid electricity storage for renewable eneregy.