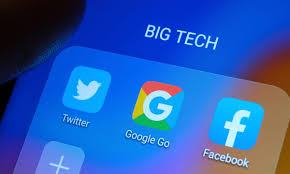 Big tech companies that moved to squelch the voices of those critical of Democrats and now-President Biden might not appreciate a bill filed in Oklahoma legislature.

A Democrat and a Republican have filed a bill to address concerns over data privacy and data manipulation.

“For far too long, we have pretended the data that technology companies collect from us is harmless,” said West. “Over the past several years, we have seen how our data can be used by tech companies to manipulate ourselves and others.”

He said it doesn’t even take into consideration the fact that these companies are free to sell our information to whomever they choose. 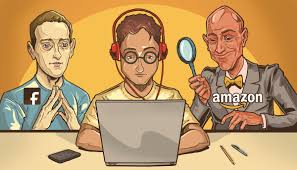 “I echo Rep. West’s concerns,” said Walke. “Historically, Americans have had concerns about the extent of surveillance by the government, which is why we have the 4th Amendment. However, since the development of the internet, we have been willingly providing much more intimate information to tech companies whose sole motive is profit.”

Walke added the bill would ensure that tech companies only receive data that is explicitly approved by consumers.

” The fruits of data harvesting and data manipulation are now plainly visible and lead only toward a dystopian future in which nothing we say or do is private.”

The legislation would be one of the first “opt-in” data privacy bills in the country. The legislators supporting the bill see this legislation as a chance for a big bipartisan win in the upcoming session.

Walke and West encouraged Oklahomans who support legislation to protect personal data to call or email their representative in support of HB1602.