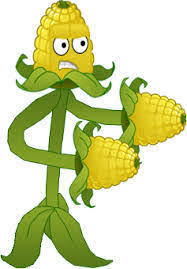 The battle between biofuels groups and the EPA and the small refineries that received waives from Renewable Fuel Standards is far from finished.

Now two ethanol producer trade groups, the Renewable Fuels Association and Growth Energy have gone to the D.C. District Court. They want the court to order the Environmental Protection Agency and the Department of Energy to identify the refineries that received waivers from the requirements.

Their request is in the form of a Freedom of Information Act lawsuit.

The biofuels fight with small refinery operators resulted in a 10th Circuit Court of Appeals ruling last year in Denver against such refineries as CVR Wynnewood. CVR and other smaller refineries asked for waivers from being forced to produce biofuels.

At least 32 requests for waivers were made to the EPA in 2019 and last year.

The government contends the locations and names of the refineries that received waivers was “commercially sensitive information” but the biofuels groups contend such a claim is invalid.

“EPA is in effect arguing that whether a private entity is subject to a regulatory requirement is itself confidential information provided by the private entity,” the court filing said according to POLITICO. “That is absurd.”