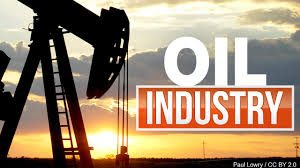 Even if President-elect Biden moves ahead with curbing new drilling on public lands in the west, it appears energy companies have a large enough of a stockpile to keep drilling and pumping oil for years.

That’s according to public records reported the Associated Press. The AP analyzed government data showing the permit stockpiling is mostly in New Mexico and Wyoming which are considered to be filled with oil-rich federal lands. It suggested that perhaps oil and gas companies might have outsmarted Biden and others who opposed more drilling on federal lands.