A month after it said it would file bankruptcy, the Overland Park, Kansas based energy company Ferrellgas Partners, supplier of those Blue Rhino propane tanks took Chapter 11 bankruptcy action this week.

The company leadership filed for restructuring with a prepackaged plan with creditors which would allow the firm to refinance $1.5 billion in long-term debt. The plan would also allow it to raise another $1 billion in new capital according to various reports by the Kansas City Business Journal, Bloomberg and Seeking Alpha.

The debt was reportedly due to a “failed expansion and the company now seeks federal court protection from creditors in Delaware with assets and liabilities of $100 million to $500 million according to the Chapter 11 petition.

The failed expansion was the 2015 result of Ferrellgas borrowing to finance an $837.5 million acquisition of midstream company Bridger Logistics LLC. Three years later, the Bridger assets were told for less than the purchase price.

The petition indicated Ferrellgas LP, which is the operating company is not part of the bankruptcy and will continue running operations. 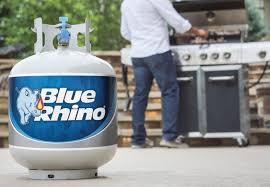 The bankruptcy filing was carried out by Ferrellgas Partners LP and its Blue Rhino propane tank exchange network serves backyard barbecuers across the country.

Ferrrellgas indicated there will be no impact on customers, employees, vendors, suppliers and distributors. The firm has an estimated 800,000 customers in the U.S. and Puerto Rico and a staff of close to 5,000 workers.

The case is Ferrellgas Partners L.P., 21-10021, U.S. Bankruptcy Court for the District of Delaware.