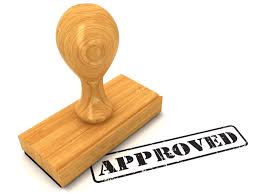 The Double E Pipeline proposed to carry natural gas out of the Permian Basin in Southeast New Mexico and to the Waha hub in far West Texas has been approved by federal regulators.

Summit Midstream Partners, LP, a Houston-based majority owner of the line said it has received the Federal Energy Regulatory Commission’s Notice to Proceed with construction. It means dirt will soon be turned, if not already and pipe will be laid.

The pipeline will stretch more than 135 miles from the Delaware Basin to Waha. Developers describe it as a line connecting a growing associated natural gas supply basin to a liquid trading point with several current and proposed takeaway pipelines.

The line will originate in Eddy County, New Mexico which is the locate of the northern part of the Delaware Basin. It will be built through parts of eddy and Lea Counties in New Mexico and Loving, Ward, Reeves and Pecos Counties in Texas.

Depending on different phases of the line, the pipe will be 30″ diameter or 42″ diameter pipeline.