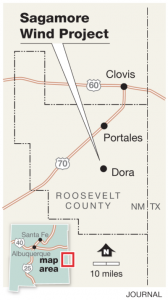 An online event with Gov. Michelle Lujan Grisham and U.S. Sen. Martin Heinrich was held this week in celebration of the completion of the 522 MW wind farm that will generate enough electricity to power nearly 194,000 homes.

“These kinds of projects have deep meaning as we combat climate change, reduce energy prices for customers, and engage in new energy innovation,” Lujan Grisham said. “— it’s an amazing footprint in the state of New Mexico.” 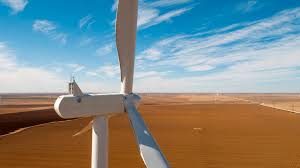 The wind farm is the largest to come online in New Mexico and reportedly offers 40% more generating capacity than any other wind project in the state. Sagamore Wind will be fully operational by the end of the year. It took a year for nearly 500 workers to complete the $900 million project that is made up of 240 wind turbines producing power for Xcel’s subsidiary Southwestern Public Service Company.

The Sagamore project was named after President Theodore Roosevelt’s summer home at Sagamore Hill in New York. It is also Xcel Energy’s second-largest wind farm in the eight states served by the company.

It is also the first wind farm to be owned by Xcel in New Mexico.