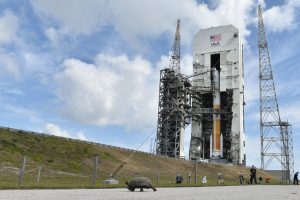 The Air Force is expected to announce early this year its pick for the new home of the U.S. Space Command headquarters.

Six locations made the first cut. Oklahoma City at one time considered application to locate the headquarters close to Tinker Air Force Base but apparently no formal entry was ever made.

The Air Force Times reported the new headquarters will be the site of an estimated 1,400 military personnel and civilian workers.