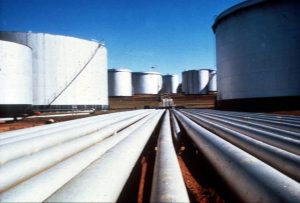 When it comes to oil and gas, most Oklahomans and likely those of other energy-producing states commonly think of oil and not natural gas production.

But an article this week by Insider Monkey, the investment website pointed out that many states, including Oklahoma are also high producers of natural gas.

The website listed the nation’s top 15 natural gas producers and at least 7 are either based in Oklahoma or have major operations in the state.

Denver-based Ovintiv Inc. is number 11 on the list and has extensive operations and facilities in Oklahoma. Chesapeake Energy, based in Oklahoma City made number 10 on the list, with exploration operations not only in Oklahoma but in Texas, Louisiana, Ohio, Pennsylvania and Wyoming.

Another operator busy in Oklahoma is Houston-based EOG Resources and it is ranked 7th on the list.

ConocoPhillips with its research facilities in Bartlesville where the company was originally founded but now is headquartered in Houston is ranked number 5.