Devon and WPX to close merger this week 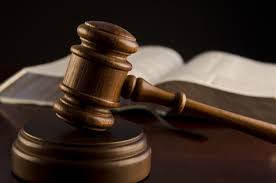 Recent rulings by three Nebraska judges might result in the developer of the controversial Keystone XL pipeline possibly being forced to reapply for state government approval.

Reports by Bold Nebraska, an environmental group created several years ago in opposition to the Keystone XL line going through the state indicated three judges have raised the specter of TC Energy going through a reapplication process.

The group even published the latest judge’s ruling on its website on New Year’s Eve. “There remain questions of material fact whether the condemnation actions filed herein follow the Commission’s approved Alternative Route, or whether there are substantive changes to the Alternative Route that require re-application to the Commission… Due to possibility of withdrawal of presidential approval for the TransCanada project, and in the interest of conservation of judicial resources, this action is stayed pending further order of the court. See Omaha World Herald, December 20, 2020, page 1.”

—Nebraska District Judge Christina M. Marroquin, writing in a decision on Dec. 28 in a case brought by landowners on the proposed KXL route in Seward County, NE

Farmers and ranchers were joined by Bold Nebraska in challenging the route of the pipeline, claiming the developer had changed the route since getting its original state approval.

Two judges stopped eminent domain condemnation proceedings until further notice, and pointed to President-elect Biden’s pledge to rescind the permits and stop the project once he takes office.

Bold Nebraska cited a Dec. 21 ruling against TransCanada’s efforts to dismiss landowners’ claims in Jefferson County that the route had been substantially changed since the Nebraska Public Service Commission approved the line three years ago.

BoldNebraska cited a Dec. 28 ruling by District Judge Christina M. Marroquin in Seward County, which was similar to the orders of the two previous judges.

The landowners fighting the line now have new-found optimism that their opposition might force TransCanada to re-file an application for the route with the Public Service Commission. As Bold Nebraska pointed out, it could be back to “square one” for TransCanada in a six-to-nine month process.

“Landowners continue to protect their property rights from a land grab that is not only greedy but unnecessary. The Keystone XL pipeline will never be built, and yet TransCanada continues to drag hardworking Nebraskans through years of financial burden, stated Jane Kleeb, founder of Bold Nebraska. 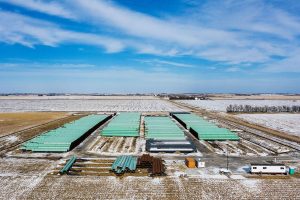 Meanwhile, guards stand watch over several stockpiles of pipe at sites in Nebraska, as highlighted by the Omaha World Herald.