Amazon to build another OKC center and create 500 new jobs

Lost jobs will be saved by new contractor at Tinker AFB 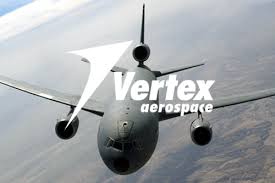 After winning a nearly $882 million contract and replacing IAP Worldwide Services to do maintenance of the Navy’s E-6B Mercury aircraft at Tinker Air Force Base and others, Vertex Aerospace LLC said it plans to hire the IAP workers who will be laid off next month.

Vertex Aerospace announced Thursday it had been awarded a $881,982,979 Contractor Logistics Support task order to provide supply chain management in support of the Navy communications planes.

“We value the expertise of the current contracted employees and plan to hire all who are qualified for continuity and to ensure continued mission success for our warfighters,” said Kelly Miller, Vertex Aerospace Logistics senior vice president.

Vertex’s intent is to hire all active, qualified IAP employees from the E-6B CLS contract and initial contract transition activities
started December 1, 2020. The hirings will take place not only at Tinker Air Force Base but at other maintenance operations at Offutt Air Force Base, Nebraska; Naval Air Station Patuxent River, Maryland; and Travis AFB, California.

“The award of this CLS contract gives Vertex the opportunity to extend our innovative logistic services further throughout the Navy with the ultimate goal of increasing aircraft readiness,” added Miller. 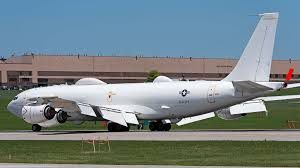 As OK Energy Today reported on Thursday, the IAP contract ends January 31, 20201 and Vertex’s period of performance start date is February 1, 2021. IAP had notified the Oklahoma Office of Workforce Development that it intended to lay off 63 employees effective the end of January.

Vertex Aerospace is considered a midlevel aerospace company that operates in more than 100 locations around the globe and provides aftermarket aerospace services for more than 2,400 fixed and rotary wing airframes.  The company is headquartered in Madison, Mississippi.