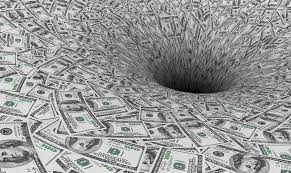 A little more than a month before Exxon Mobil Corp. officially releases its fourth quarter earnings report, the Irving, Texas based company suggested it will likely suffer a fourth straight quarterly loss.

In a filing with the Securities Exchange Commission, the company revealed plans to take a nearly $20 billion write-down on its upstream assets. It first disclosed such a planned write down at the end of October according to the Dallas Morning News.