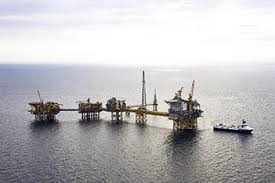 ConocoPhillips announced another new oil discovery of between 75 million and 200 million barrels of recoverable oil equivalent in the Norwegian Sea.

He said the site, located 14 miles north-northeast of the Heidrun Field will extend the company’s legacy of 50 years in Norway. The four discoveries were made in what Fox said were in “well-documented parts of the North Sea and the Norwegian Sea and offer very low cost of supply resource additions.”

ConocoPhillips Skandinavia AS is the operator of the production license 891 on the Slagugle prospect and has an 80% working interest. The remaining 20% interest belongs to Pandion Energy AS.

The company said the discovery well was drilled in 1,165 feet of water to a total depth of 7,149 feet by the Leiv Eiriksson drilling rig.

Extensive data acquisition and sampling has been carried out in the discovery well 6507/5-10, and future appraisal will be conducted to determine potential flow rates, the reservoir’s ultimate resource recovery and potential development plan.