Lost jobs will be saved by new contractor at Tinker AFB

Amazon to build another OKC center and create 500 new jobs 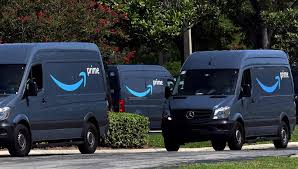 Amazon.com just gave a huge early Christmas gift to Oklahoma City and the state with the announcement it plans to build a new fulfillment center and create more than 500 new full-time jobs.

The company said it will launch the new one-million square feet center in 2021 where workers will pick, pack and ship bulky or larger-sized customer items.

“We’re thrilled to announce a new fulfillment center in Oklahoma City as we strive to better serve our customers throughout the state,” said Alicia Boler Davis, Amazon’s vice president of global customer fulfillment. “Our growth in Oklahoma wouldn’t be possible without the amazing local workforce and strong support we’ve received from local and state leaders.”

Gov. Kevin Stitt called it another “testament to the nation and the world that Oklahoma is open for business.” 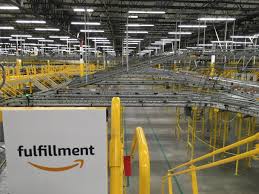 Since 2010, Amazon has created more than 4,000 jobs in Oklahoma and invested more than $650 million across the state, including infrastructure and compensation to its employees.

Amazon said it will pay minimum $15 per hour wage and offer full-time employees comprehensive benefits including full medical, vision, and dental insurance as well as a 401(k) with 50 percent match starting on day one.

“We appreciate Amazon’s continued investment in Oklahoma City and look forward to the positive impact their presence will have on future job creation and the overall economy of our great city,” said Oklahoma City Mayor David Holt. 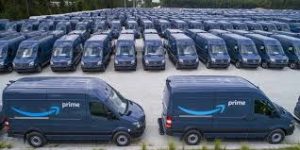 Amazon’s investments have contributed more than $530 million in GDP to the Oklahoma economy and have helped create over 4,100 indirect jobs on top of Amazon’s direct hires – from jobs in construction and logistics to professional services.

“Amazon continues to be an excellent partner and an exemplary employer in Oklahoma,” said Brent Kisling, Executive Director for the Oklahoma Department of Commerce. “At a time when job creation is so vital, we are thrilled that Amazon has chosen to expand their presence in our state.”

“Amazon’s continued growth in Oklahoma City is a recognition of the strength of our market,” said Roy Williams, President and CEO of the Greater Oklahoma City Chamber. “These 500 jobs are particularly important as people who have lost jobs due to the pandemic are looking for long-term stable employment.”