Energy stocks took it on the chin in Friday’s trading 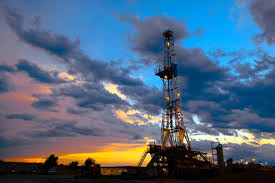 The latest Baker Hughes rig count released on Friday showed a decline of two to 310 rigs. The report differs from the Enverus report released a day earlier which said its data showed an increase of 11 rigs across the country to reach a total of 381.

Baker Hughes reported the number of oil rigs slipped by 5 to 231 while the number of gas rigs increased by three to 76. Its numbers indicated the U.S. count is still 493 below the 803 rigs reported last year at this time, including 440 fewer oil rigs and 53 fewer gas rigs.

The offshore count this week was down one to 12 and remained 10 fewer than a year ago.

Oklahoma’s count slipped by one to 13 compared to the 52 drilling rigs reported a year ago. The count in Texas declined by one to 144, far below the 406 reported last year at this time.

Colorado reported four active rigs, according to Baker Hughes while Louisiana’s count was unchanged at 38. In New Mexico, the number of rigs increased by two to 55. A year ago, the state had 104 rigs. 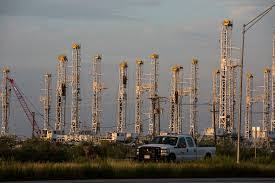 As a result of the COVID-19 pandemic and less demand for gasoline, oil rigs are stored, creating a forest of steel towers that once vibrated with energy from platforms 30 feet above the ground.

The Mississippian play in Oklahoma and Kansas remains void of any drilling activity. The DJ Basin stayed at three rigs while the Eagle Ford in South Texas was unchanged at 20 rigs.

The Permian Basin added two to reach 156, down from 405 reported last year at this time. The Arkoma Woodford has no drilling activity. The Haynesville in East Texas added three to reach 40 rigs. The Marcellus in West Virginia and Pennsylvania stayed at 27 rigs. The Utica in Ohio continued with four rigs while the Williston in North Dakota and Montana saw a drop of one rig, leaving eleven active drilling rigs.

The Granite Wash in Oklahoma and Texas Panhandle remained without any active drilling and hasn’t seen any activity since early October.