Two energy companies end up in court over sale agreement 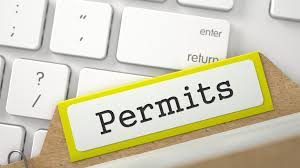 The latest release of data from the Oklahoma Corporation Commission shows a flurry of permits to drill released to companies wanting to do some exploration.

Sanguine Gas Exploration LLC obtained a permit to drill in Blaine County. It intends to drill the J D #1-16,  at a site about 10 miles west of Geary.

Cimarex Energy Co. received a permit for three wells on a single pad in Canadian County. The CAREL H-2524X wells are to be located several miles due west of Union City. Their site is at 25 11N 8W.

Mack Energy Co. obtained a permit for a site southeast of Raliffe City in Carter County where it will drill the SW WILDCAT JIM DEESE UNIT #17-1.The legal site is at 12 2S 3W.

Red Rocks Oil and Gas Operating LLC has a permit to drill in Grady County. The POLK #1-36 is northwest of Lindsay at 36 5N 5W.

The firm received a second Grady County permit to drill the
DOUGHERTY WELCH #4 at 01 4N 5W which is adjacent to the Polk #1-36 wells.