Crude futures up slightly while energy stocks had a lukewarm Wednesday 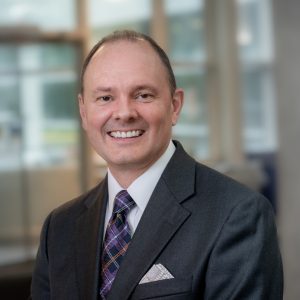 Oklahoma native Kevin Washburn, once an Assistant Secretary of Indian Affairs in the Department of Interior in the Obama administration has been named as part of apparent President-elect Joe Biden’s transition team.

The OU graduate and citizen of the Chickasaw Nation of Oklahoma will lead the Interior Department team as steps are underway for Biden’s administration to take control in January 2021 following this month’s elections.

Washburn is now the dean of the Iowa law school and previously had been a Regents Professor of Law at the University of Mexico School of Law and its dean from 2009 to 2012 when he was appointed by President Obama. He served as Assistant Secretary of Indian Affairs until January 2016.

Washburn was raised in Oklahoma City and lived with his mother in Purcell, Heavener and Ada before graduating from high school in Moore. He eventually attended the University of Oklahoma where he majored in economics and minored in philosophy.

Washburn eventually graduated from the Yale Law School in 1993.

POLITICO reported he will join a long list of others on the Biden transition team including Patrice Simms who is vice president of litigation at Earthjustice and will lead the EPA team. Arun Majumdar heads the Energy Department’s Advanced Research Projects Energy division and will lead the Energy Department team. The Council on Environmental Quality team will be led by Cecilia Martinez, a veteran environmental justice advocate.

Kerry Duggan, a longtime ally of Biden and Jon Elkind who was in the Department of Energy in the Obama administration will lead the DOE team.

An EPA team will be led by Matt Fritz, Cynthia Giles, Joseph Goffman and Ken Copocis. Fritz was chief of staff from 2015 to 2017 at EPA while Giles is a former EPA enforcement chief. Goffman is a top air adviser now running the program at Harvard while Kopocis is said to be a top water official now at American University’s school of law.