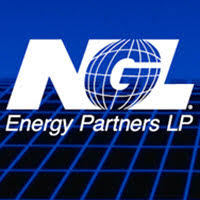 A federal bankruptcy court in Delaware recently granted a summary judgment motion in favor of a Grand Mesa Pipeline, LLC customer, ruling Extraction Oil & Gas, Inc.’s Transportation Sales Agreements do not reflect a valid covenant that runs with the land under Colorado law.

In a press release issued on Monday by Tulsa-based NGL Energy Partners LP, the company provided an update of the court’s recent decision and Grand Mesa’s intention to appeal the ruling. Grand Mesa believes Colorado real property law supports the position that the dedication at issue in the second agreement qualifies as a real property covenant that touches and concerns the real property at issue and runs with the land. Grand Mesa also disagrees with the bankruptcy court’s denial of its request to have this specific state law issue heard and decided by a Colorado State Court rather than the Delaware bankruptcy venue.

As a Grand Mesa customer, Extraction was a party in two 2014 transportation services agreements. The original agreement involved Extraction as the anchor shipper of the pipeline. The second agreement was between Grand Mesa and a different producer; however, Extraction was assigned to the agreement. Extraction filed for Chapter 11 bankruptcy protection on June 14, 2020. The following day, the company filed a motion to reject the agreements. Shortly thereafter, Grand Mesa filed a Lift Stay Motion because the commitments — including the tariff rates committed to by Extraction in the agreements — were properly approved by the FERC. Once approved, the filed rates and agreement terms carry the “force of law” which can only be modified or discontinued by the FERC on the basis of whether the filed rates are just and reasonable or whether filed rates must be set aside to avoid serious harm to the public interest.

Grand Mesa’s position in the bankruptcy case is that although the bankruptcy court has authority over the rejection of Extraction’s executory contracts as private obligations, the FERC has exclusive jurisdiction under the Interstate Commerce Act over the modification or discontinuation of the public law obligations that the agreements created and have imposed on both Extraction and Grand Mesa. The FERC agrees with Grand Mesa’s position. On September 17, 2020, the FERC filed a Statement In Support of Grand Mesa’s motion but the bankruptcy court entered an order denying the Lift Stay Motion on October 14, 2020. Both Grand Mesa and the FERC have appealed this ruling.

The second agreement is based upon an acreage dedication that “runs with the land” and multiple bankruptcy courts have held that when an obligation in a contract is tied to and is a burden upon real property interests under applicable state laws, the contracts are not subject to rejection in the context of bankruptcy as an executory contract.

In an attempt to reject the second agreement, Extraction commenced an adversary proceeding seeking a declaratory judgment that it does not qualify as a covenant running with the land. On October 14, 2020, the bankruptcy court granted Extraction’s summary judgment motion.

On July 31, 2020, Extraction filed a disclosure statement relating to its Chapter 11 bankruptcy reorganization plan. On September 25, 2020, Grand Mesa filed an objection to the disclosure statement requesting the bankruptcy court deny approval because it did not contain adequate information. On October 22, 2020, Extraction amended both its original plan and original disclosure statement. On October 28, 2020, Grand Mesa filed a supplemental objection requesting denial of the amended disclosure statement based on several unresolved documented deficiencies including (a) its failure to disclose the significant financial ramifications to Extraction upon rejection of the Grand Mesa agreements and the other midstream agreements Extraction has sought to reject; (b) its failure to adequately describe the risk to unsecured creditors of substantial equity dilution and the benefits being conferred upon the rights offering participants and backstop parties at the expense of the unsecured creditors; (c) an incomplete exit credit facility; (d) its failure to provide adequate data regarding the scope of certain third party releases; (e) its failure to disclose how beholden Extraction is to the senior noteholders and the significant control and influence those noteholders have been provided under the Restructuring Support Agreement; and (f) its failure to address the need for the FERC’s approval in connection with any rate changes under the Plan where the FERC has exclusive jurisdiction over the Grand Mesa Pipeline tariff.