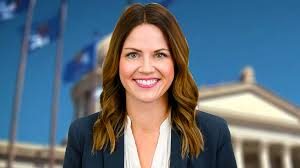 Former Chesapeake Energy accountant Amanda Rodriguez was named this week the chief financial officer for the state of Oklahoma.

Gov. Kevin Stitt named her the state’s first such officer and she will become one of three women in the governor’s cabinet.

Rodriguez worked with Chesapeake Energy since 2007 and in 2019, was named an internal audit manager in the firm.

The governor appointed her after his budget secretary resigned in October.

“The Chief Financial Officer will be critical in helping us ensure we are increasing efficiency and continuing to deliver transparent results and remain good stewards of Oklahomans’ tax dollars,” said the governor in making the announcement.

Rodriguez will oversee the development of the executive budget and work with the governor’s cabinet to improve financial reporting.