Support swells for New Mexico congresswoman to be Interior Secretary

Finalists list for US Space Command doesn’t include OKC 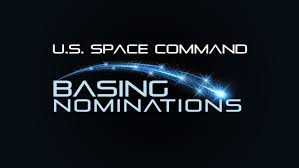 If anyone had hopes that perhaps Tinker Air Force Base might become the new headquarters for U.S. Space Command, they were dashed when the Air Force announced this week that six locations survived the first round of cuts and Oklahoma was not included.

At one point, chamber of commerce officials had hoped the giant air base might be considered as the new headquarters.

The six locations include four Air Force installations — Kirtland Air Force Base in New Mexico, Offutt AFB in Nebraska, Patrick AFB in Florida, and Peterson AFB in Colorado — as well as Redstone Army Airfield in Alabama and Port San Antonio in Texas, which was home to the former Kelly Air Force Base and currently hosts Air National Guard and reserve operations.