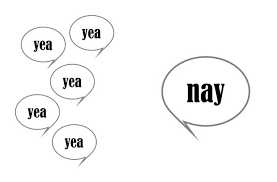 Oklahoma U.S. Senators Jim Inhofe and James Lankford might get a chance before year’s end to get the Federal Energy Regulatory Commission back to full strength.

The Senate Energy Committee voted Wednesday on a voice vote to send FERC nominees Allison Clements and Mark Christie to the full senate. Several senators were recorded opposing them.

Five Republicans asked to be recorded as voting no on Democratic nominee Allison Clements, an energy lawyer and consultant who has worked with environmental groups. Senator John Barrasso of Wyoming was among them.

Senate Energy and Natural Resources Committee Chairman Lisa Murkowski, Republican-Alaska, said during the hearing that it was important for FERC to be fully staffed, given its demanding workload, and indicated she was voting in favor of both nominees to get the confirmations on the Senate schedule.

Now the question is whether the Senate will be able to carry out a confirmation vote before the end of the year. Approval of Clements and Christie would return the FERC to full strength for the first time since 2018.