New transmission lines for parts of New Mexico and Texas

Energy bankruptcies on the increase 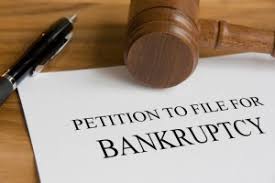 A published report indicated the number of bankruptcies filed by energy companies increased in the third quarter of 2020 as they became apparent victims of the coronavirus pandemic.

One of the latest of course was Oklahoma City-based Gulfport Energy which went to bankruptcy court with a Chapter 11 filing last weekend.

The Houston Chronicle reported this week that at least 44 oil production and oil-field service companies did the same thing from the period of July to September. That represented an increase of 29 compared to the previous quarter of the year.

The Haynes and Boone law firm based in Dallas, which tracks bankruptcies said at least 17 oil producers and 27 oil field service companies filed for bankruptcy in the third quarter.