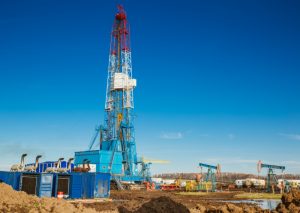 The nation’s oil and gas rig count increased by four to reach 300 in the past week, according to Baker Hughes Co. while Oklahoma’s rig numbers dropped by one. The effects of the COVID-19 pandemic continue to see oil and gas employment numbers at low levels and more drilling rigs in storage for the long haul.

Oklahoma’s count slipped to 13 while a year ago, the state had 51 drilling rigs in the field. The state has fewer active drilling rigs than Kansas where numbers increased by two to reach 18 according to figures released by the Red Top Rig Report published by the Independent Oil and Gas Service in Wichita, Kansas.

Texas remains the top drilling state as its numbers increased by six in the past week to reach 139, still far below the 413 rigs reported one year ago. New Mexico saw its numbers increase by three to 50 and North Dakota stayed unchanged at eleven rigs. 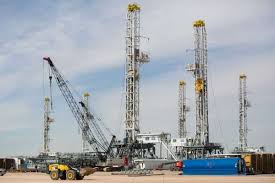 Colorado was unchanged at four rigs while Louisiana stayed at 37. North Dakota’s eleven active rigs was unchanged from a week ago. Wyoming remained at three rigs. Ohio’s count slipped by one to five and the number of active rigs in West Virginia dropped one to 7 rigs.

Oklahoma’s Ardmore Woodford and Arkoma Woodford still have no reported drilling activity, according to the latest Baker Hughes Co. report.

The D-J Basin in Colorado has only three rigs while the Eagle Ford in South Texas saw its count increased by two to reach 19. A year ago, there were 60 drilling rigs in the Eagle Ford.

The Haynesville stayed at 37 rigs while the Marcellus dropped one to reach 25. The Mississippian in Oklahoma and southern Kansas has no drilling activity. The Permian in Texas and New Mexico added 5 rigs to reach 147 while the Williston stayed at 12.