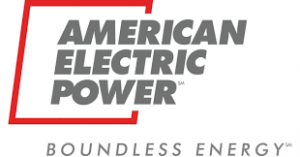 A coal-fired power plant in Texas is being retired by American Electric Power and the company said it will also discontinue the use of coal in another of its Texas power plants.

AEP, parent company of Public Service Company of Oklahoma announced it will shut down the 580-megawatt Pirkey Plant in Hallsville and will do so in 2023.

AEP’s Southwestern Electric Power Co. runs the plant where it has 105 employees. The Pirkey plant started service in 1985.

It will also stop using coal at the 1,053-megawatt Welsh plant in Pittsburg, Texas in 2028, another step in the Ohio-based company’s announced intentions to shift toward renewable energy.

“As we look at the future of our power plant fleet, we’ve balanced the remaining life and economic viability of each of our coal-fueled generating units with other options for delivering power to our customers,” Nick Akins, the company’s president, chairman and CEO, said in a statement.

He said AEP has either retired or sold nearly 13,500 MW of coal-fueled generation over the past decade and the company is moving toward lower cost and cleaner resources such as renewables and natural gas.