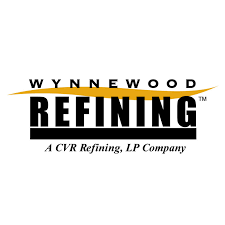 The 10th U.S. Circuit Court of Appeals recently affirmed workplace safety citations against Wynnewood Refining Co. LLC following an oil refinery explosion in 2012 resulting in the deaths of two workers, according to an article published by Business Insurance.

The incident arises from alleged safety violations at the Wynnewood, Oklahoma oil refinery where workers were found to have improperly started a boiler, resulting in an explosion that immediately killed one worker and another died 28 days after the incident, according to documents in Secretary of Labor v. Wynnewood Refining Co. LLC and the Occupational Safety and Health Review.

Earlier in March, the Occupational Safety and Health Review Commission affirmed 12 citations alleging violations of various provisions of OSHA’s Process Safety Management standard, affirmed all as serious but not all repeat violations and assessed a total penalty of $58,000.

Wynnewood continued to argue that the process safety management standard only applies to processes that involve “a threshold amount of highly hazardous chemicals,” of which the boiler that exploded did not. Tuesday’s decision affirmed the review commission’s finding that the boiler’s proximity to chemicals is part of a process because it was “located such that a highly hazardous chemical could be involved in a potential release.”

In affirming that the violations are not considered repeat, as the Secretary of Labor asserted, the appeals court ruled that “substantial evidence” supports the review commission’s finding that there was “no substantial continuity between Wynnewood LLC” and its predecessor of similar name, Wynnewood Inc.

In its ruling, the appeals court noted in part that the review commission “did indicate that the working conditions under Wynnewood Inc. and Wynnewood LLC were ‘the same’” yet the commission “also emphasized Wynnewood LLC’s safety-related changes at the refinery and, as discussed, those changes were initiated by… executives.”

The review commission “credited the ‘more formalized training programs,’ the ‘$130 million in equipment upgrades,’ and the ‘safety culture shift at the refinery’” as the result of new ownership, according to documents.

One appellate judge dissented, writing that because the “boiler itself” contained no highly hazardous chemicals, “I would vacate the eleven violations involving the boiler.” The judge also agreed with the Department of Labor’s “applicability of heightened penalties for repeat violations,” writing that the commission and the appeals court “misapplied” several legal factors regarding continuity of workplace practices and that the one citation unrelated to the boiler should fall under that of repeat.

A copy of the 50-page decision can be found here.