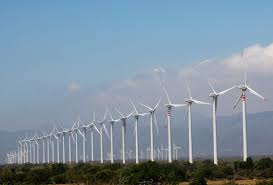 Leadership at the Southwest Power Pool, of which Oklahoma is a part, expect wind to be their top fuel source for electricity generation this year.

Arkansas Business reported the expectation came out of the Pool’s quarterly meeting held recently in Little Rock, Arkansas where the Pool is headquartered.

Wind and other renewable sources of power have already been a major part of the Pool’s generation mix. The Pool manages the grid and wholesale power markets in 17 western and central states.

Bruce Rew, the senior vice president of operations for the corporation issued a statement saying he expected wind “to be our No. 1 fuel source for 2020. We continue to see a big increase in wind energy, with 3.6 gigawatts of new installed wind this quarter alone.”

New transmission efforts were also reviewed at the SPP meeting. One such plan calls for 54 projects including 92 miles of 345-kilovolt lines. The SPP indicated the upgrades will solve some of the issues on the power grid.