A study of the impact of the recent U.S. Supreme Court ruling that said as much as half of the state of Oklahoma remained Indian reservations shows Oklahoma Corporation Commissioners are bracing for possible loss of regulatory enforcement and revenue.

Entitled “Report of Potential Impact”, it was forwarded to Gov. Kevin Stitt per his July 20 executive order directing state agencies to prepare studies on the potential impact.

The biggest potential loss for the Commission would be $5.5 million to the Commission’s Transportation Division. The division administers the collection and sharing of fuel tax revenue among the state, the cooperative registration of trucks and the Unified Carrier Registration Program that affects nearly 8,000 for hire and private carriers.

“In 2019, the dollar amount assessed for motor carrier citations issued in areas subject to treaties was approximately $5.5 Million, and represents an estimate of the dollar amount by which the
Corporation Commission’s citation collections would be reduced if its jurisdiction ended in the eastern half of the State. The revenue collected from citations is distributed to the Corporation
Commission, the Oklahoma Tax Commission and the Department of Public Safety, and those distributions would be reduced accordingly. It could also stand to lose approximately half of its
wrecker assessments, in an amount of approximately $70,000,” stated the report.

The report suggested that depending on the outcome of any agreements with the tribal governments, there could be a $1 million impact on the agency’s Oil and Gas Conservation Division which is responsible for doing well and site inspections, the overseeing of testing, well plugging and pollution prevention. 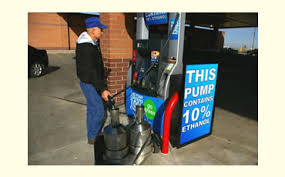 The report said the Commission’s administration of the Mineral Owners Escrow Account which benefits unknown or unlocated persons entitled to royalty payments could experience a reduction to its 10% administration fee.

“If OCC is jurisdictionally barred from certain lands in eastern Oklahoma, its inspections, oversight, documentation of the location, extent, and type of activity, and its enforcement activities in those areas would cease.”

“Unless another regulatory entity has the legal authority, capability and resources to step in, the resources and
services offered through these state programs would be unavailable outside OCC’s jurisdiction,” stated the report. 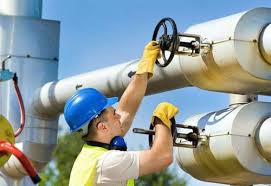 Pipeline safety enforcement through the Pipeline Safety Department of the Transportation Division could also be affected. It regulations safety of more than 40,864 miles of natural gas pipeline and 5,234 miles of hazardous liquid pipeline.

“If the Corporation Commission did not have the ability to access and review such records in a Tribe’s geographic area, it could seriously thwart or prevent the Commission’s ability to enforce
safety regulations, assess the need for infrastructure improvements, develop vulnerability assessments, conduct emergency planning, and respond to disasters and acts of terrorism.”

The agency’s Public Utility Division, according to the report could potentially lose $2.5 million in its technical support, analysis, research and data in the monitoring of regulated utilities.

“The regulated territory might become smaller, but the amount of labor and costs of regulation are not correlated to customer numbers or the size of the utilities affected. However, PUD could likely experience a negative financial impact of $2.5 million,” the report stated.

Corporation Commissioners and the Governor are being told by staffers who drew up the report that action by Congress could “most comprehensively alter the applicability of McGirt,” the case in which the Supreme Court made its ruling.

“The State could provide research, input, and recommendations to that body and its Oklahoma members. But in the absence of such Congressional action, the possibility and feasibility of compacts with the Tribes, in addition to any compacts already in place in the state, can be researched and explored.”

The report indicated that whatever happens regarding the impact of McGirt, “any reductions to the Corporation Commission’s jurisdiction may lead to corresponding reductions in its revenue, budget, appropriations, workload and workforce in some areas and none in others.”

The following is a link to the entire report.