Searcy Solar, Largest Array With Storage in Arkansas, to Turn Dirt Next Month 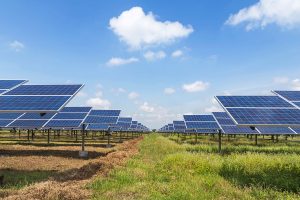 Entergy Arkansas and NextEra Energy Resources will start construction next month on what will be the state’s largest sun power array with battery storage, a 100-megawatt plant in White County, Arkansas.

The project, the Searcy Solar Energy Center, will employ 250 construction workers and include 10 megawatts of storage capacity for three hours of daily power when the sun isn’t shining reported Arkansas Business.

Site preparation and road construction will start in November, and the construction team is mobilized, according to officials with the NextEra, of Juno Beach, Florida, which is building the plant.

“We anticipate installing pilings and solar panels next spring, with the project expected to become operational by the end of 2021,” said Bryan Garner, NextEra’s director of communications. “We expect the project will create approximately 250 construction jobs to build it, which will provide a good boost to the local economy.”

The goal is to hire as many local workers as possible, a company imperative wherever NextEra builds its plants, Garner told Arkansas Business last week.

Unlike Entergy’s two previous major solar partnerships with NextEra — near Stuttgart and Lake Village — the Searcy project will be owned by Entergy. It recently received regulatory approval from the Arkansas Public Service Commission.

Stuttgart Solar and Chicot Solar, which came online in 2018 and this year, respectively, “are owned and operated by subsidiaries of NextEra Energy Resources, providing clean energy to Entergy Arkansas through power purchase agreements,” Garner said. “Searcy Solar is different in that Entergy Arkansas will assume ownership of the project once our company has completed construction.”

On about 800 acres east of Eastline Road, the Searcy project will include hundreds of thousands of solar panels and an array of lithium-ion batteries with storage capacity of up to 30 megawatt-hours of power.

Its generation capacity will match Chicot as the largest in the state, and the plant is part of a commitment by the Arkansas utility’s parent company, Entergy Corp. of New Orleans, to achieve net-zero carbon emissions by 2050. Entergy Arkansas, which derives 70% of its electricity from zero-emissions nuclear generation at Arkansas Nuclear One in Russellville, has also pledged to close its coal-fired plants in Redfield and Newark over the next decade.