Rig numbers increase in U.S. but slip in Oklahoma 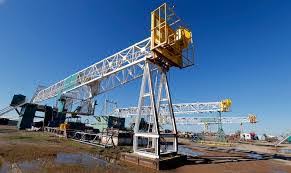 The number of oil and gas drilling rigs active in Oklahoma slipped by one in the past week, falling to 14 rigs compared to the 51 a year ago, according to the latest figures released by Baker Hughes Co.

Oklahoma’s current count of 14 active rigs compares to Texas where the state count increased by 8 to reach 133, still far below the 416 reported last year at this time.

The count in Kansas, reported the Red Top Rig Report published by the Independent Oil and Gas Service in Wichita increased by one in the past week to reach 16. Louisiana’s count stayed at 37 while the number of active rigs in New Mexico grew by two to reach 47. 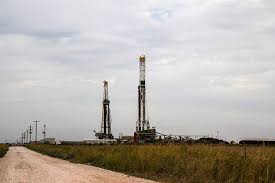 Both the Ardmore Woodford and the Arkoma Woodford plays in Oklahoma are now reported to have no active rigs, according to Baker Hughes Co. The D-J Basin in Colorado stayed at three rigs wile the Eagle Ford of South Texas increased by one rig to hit 17.

The Haynesville play continued with 37 rigs. The Marcellus stayed at 26. The Mississippian play in Oklahoma and southern Kansas had no reported active rigs. The Permian basin saw an increase of nine rigs to reach 142, far below the 416 last year at this time.

The Utica stayed at only six rigs while the Williston was unchanged at 12 working rigs.