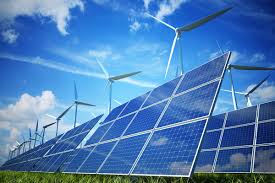 The nation’s two largest coal-producing states, Wyoming and West Virginia, have emerged as leaders in renewable energy and energy storage, respectively, according to a new report.

Kansas, Iowa and North Dakota generate enough renewable energy to meet more than half their electricity demand, according to the report. Oklahoma is not far behind at 45 percent. Wyoming, Nebraska and South Dakota also appear on the top-ten list.

Bloomberg reported that states that voted red in the 2016 presidential election occupy seven of the top-ten spots for wind and solar generation as a percentage of their electricity consumption, according to Environment America’s Renewables on the Rise 2020, released last week.

“There are clean energy leaders in big states and small states, red states and blue states, states on the coasts and states in the heartland,” say the authors, Tony Dutzik and Jamie Friedman of Frontier Group and Emma Searson of Environment America’s Research & Policy Center. Environment America is a branch of the Public Interest Network.

It remains to seen whether the growth of clean energy in red states will turn them purple or encourage cleaner Republican energy policy, but some signs of influence have appeared.

Just after the 2018 Midterm election, a post-election voter survey “found strong support among Republicans and Democrats alike for government action to accelerate development and use of clean energy in the United States,” according to the survey sponsors, Citizens for Responsible Energy Solutions Forum and the Conservative Energy Network.