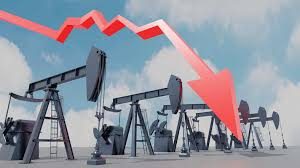 Oil futures declined Monday, sending prices to their lowest finish in just over three weeks, as COVID-19 cases in the U.S. and Europe continue to surge, raising alarm over demand for crude.

West Texas Intermediate crude for December delivery, the U.S. benchmark, fell $1.29, or 3.2%, to settle at $38.56 a barrel on the New York Mercantile Exchange.

Based on the front-month contracts, WTI and Brent crude marked their lowest settlements since Oct. 2, according to Dow Jones Market Data.

MarketWatch reported that confirmed global cases of COVID-19 climbed to 43 million on Monday, according to data compiled by Johns Hopkins University, while the death toll rose to 1.15 million. European countries have tightened restrictions on activity in response to surging cases, while the number of U.S. infections saw a record daily rise on Friday, surpassing the previous peak from July.

“The oil market is sensitive to the perceptions about global demand, and the sharp rise in COVID-19 cases in Europe and the U.S. has spooked traders,” said David Madden, market analyst at CMC Markets UK.

“The deterioration in the health situation comes at a time when Libya is in the process of upping oil production…which is putting extra pressure on oil,” he said, in a note.

Meanwhile, Mohammad Barkindo , secretary-general of the Organization of the Petroleum Exporting Countries, on Monday said that economic growth and the demand recovery remain “anemic,” according to Reuters.

Speaking during the virtual India Energy Forum by CERAWeek, he remained optimistic that the recovery will continue, and while it may take longer and be at lower levels, OPEC is “determined to stay the course.”